The Massachusetts Attorney General has announced an enforcement action against a Massachusetts dealership for allegedly engaging in unfair, deceptive, and discriminatory pricing practices against minorities by illegally charging them hundreds of dollars more for “add-on” products, like paint protection, Gap insurance, and remote starters, when purchasing a vehicle.

This matter is being challenged by the dealership, and the merits of the allegations have not been determined. 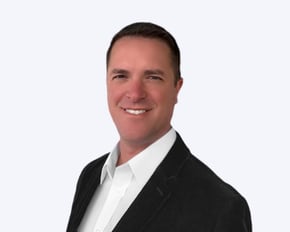 Adam is a partner at ComplyNet and a licensed practicing attorney with over 20 years of experience primarily representing dealerships, trucking companies, and auto auctions. His experience is that most regulatory fines and lawsuits are avoidable, but it takes proactive steps, the guidance of knowledgeable experts, and great systems to effectively mitigate these risks. Adam’s first-hand experience is that a company’s compliance efforts can be leveraged for significant insurance savings, and potentially used to win other business. Prior to joining ComplyNet, Adam served as general counsel to a data management company that provides information safeguarding and custom workflow solutions to the automotive industry. Adam has spoken on the local, state, and national levels, including presentations to the National Automobile Dealers Association (NADA), the National Independent Auto Dealers Association (NIADA), and the National Association of Dealer Counsel (NADC). Adam double majored in Economics and Religion at Denison University, and was elected into the honorary Order of the Curia for outstanding academics, character, and achievements at Capital University Law School

FTC Strikes Another Dealership (and its President and V.P.) – $3.3 Million Settlement for “Bogus Fees and Discriminatory Conduct”